It has been an incredibly exciting and busy year, with so many projects underway for supporting the Ukrainian refugees in Romania, thanks to the rapid and generous support that many of our donors like you gave right at the beginning of the war.

That crowdfunded aid not only brought immediate emergency support at the border when 9000 refugees per day were streaming into Romania, it also enabled us to attract several larger grants. The work has been expanding and growing, reaching many refugees, ever since.  However, those funds are now running out and we need you to keep Melinda’s pioneering work in Ukraine going: 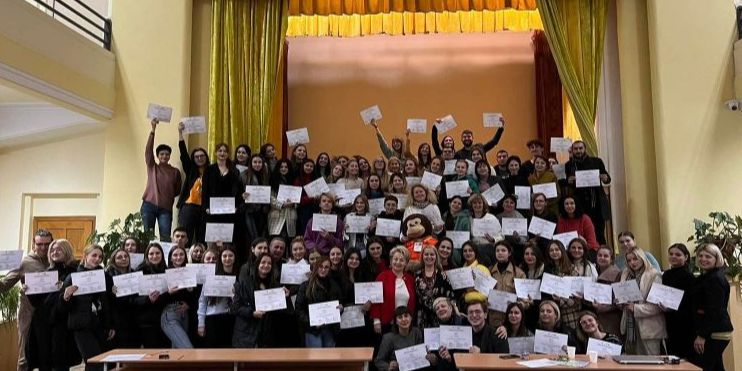 Melinda bringing Emergency Psychology to Hundreds of Professionals in Ukraine

Melinda, thanks to support from AMURTEL and Americares meanwhile has been giving training in Emergency Psychology to specialists in Ukraine, with 85 mental health professionals graduating from her 5-day 20-hour intensive training just in the past few days. Altogether she will be reaching hundreds of front-line workers. She also provides “help for the helpers” giving art therapy sessions for front-line psychologists and psychiatrists in Ukraine to strengthen their ability to withstand the additional strain and stress of so many trauma cases. And she has given Psychological First Aid training to about 150 non-professionals. 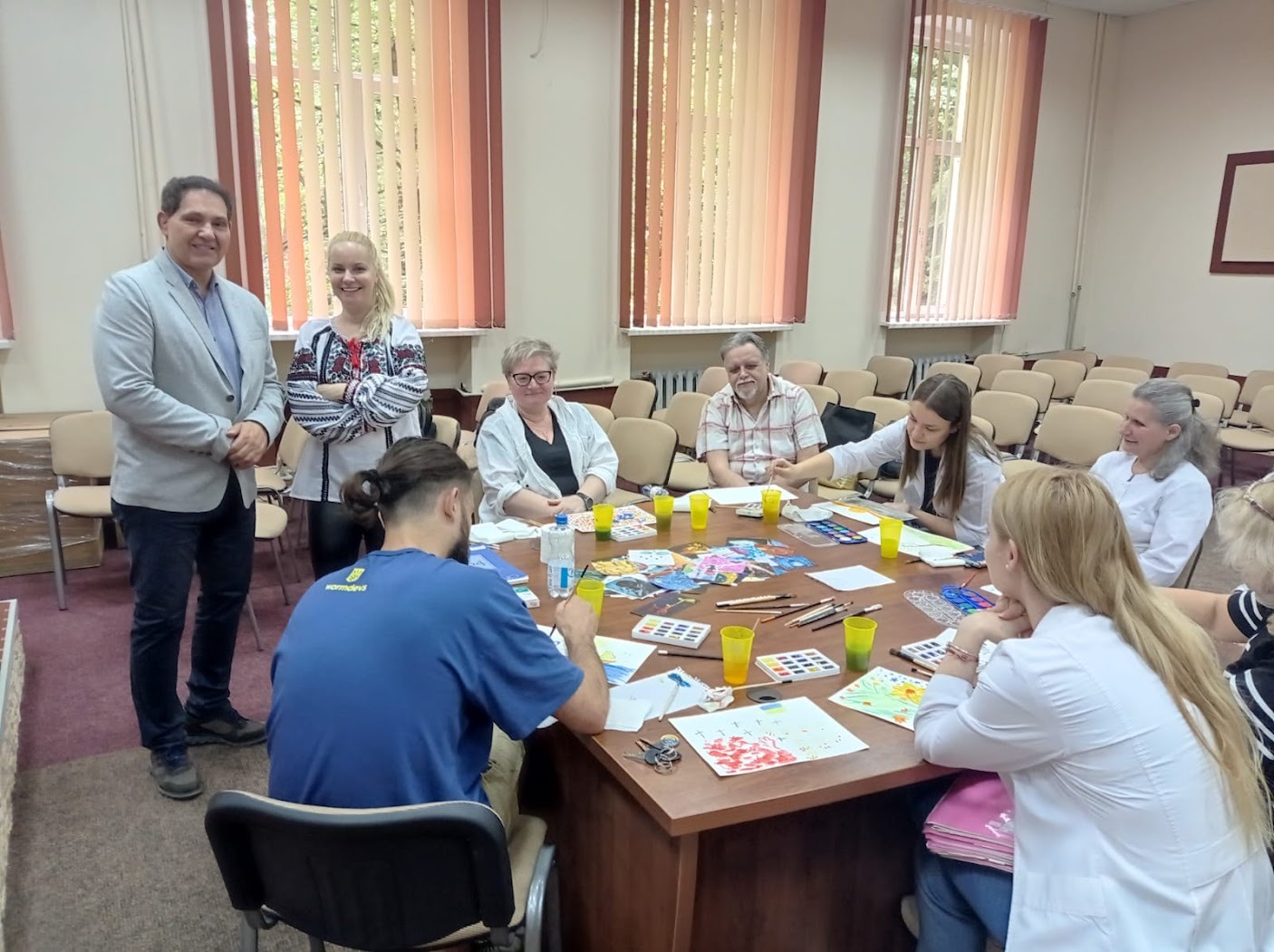 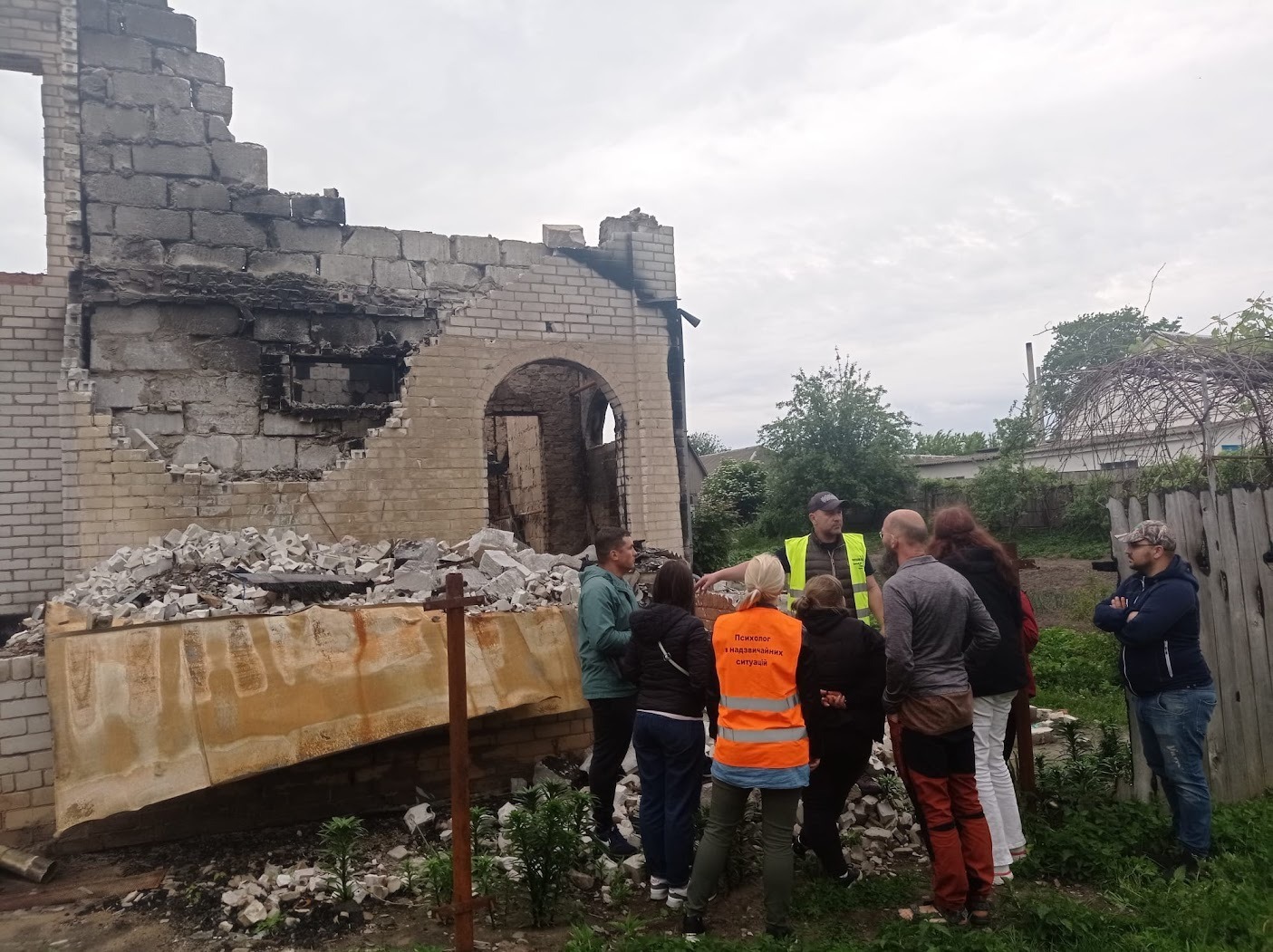 She also gave direct services to about 50 people while accompanying a humanitarian convoy during a project together with Help Ukraine Romania called “Food for the Body, Food for the Soul.”  While the food and goods are being distributed, Melinda sets up a listening spot to counsel people in the villages who have not yet had the opportunity to receive any psychological support to help them with the losses and traumas they are going through.  The first moment she choked up emotionally since the start of the war was when she saw people lining up to be listened to, the way they line up for bread.

Ensuring Warm Clothes, Computers, and Good Cooperation at the Border 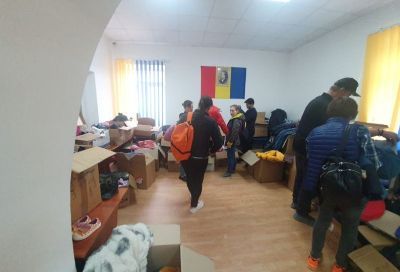 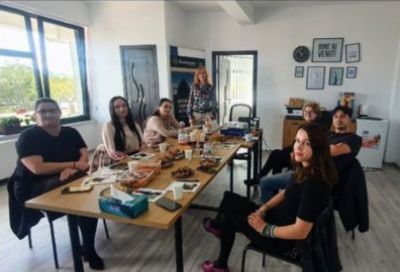 Our project, funded by the Norwegian Refugee Council (NRC), is now in full swing.  We now have three teams – one is still at the border, now focusing mostly on outreach work in the county, but ready to scale up at the border too, as so many Ukrainians this winter are going to be without heating and other basics, and it is very likely that there will again be surges of refugees forced to again flee.  Already we are seeing the numbers rise every day.

Meanwhile, Mihaela, our manager there, is called by the government frequently to represent NGOs at the border and continues leading coordination meetings every week that ensure good communication and timely problem-solving for all those involved in the border response. She was involved in distributing warm clothes and arranged a donation of computers to support children doing online learning to keep up with their schooling in Ukraine. 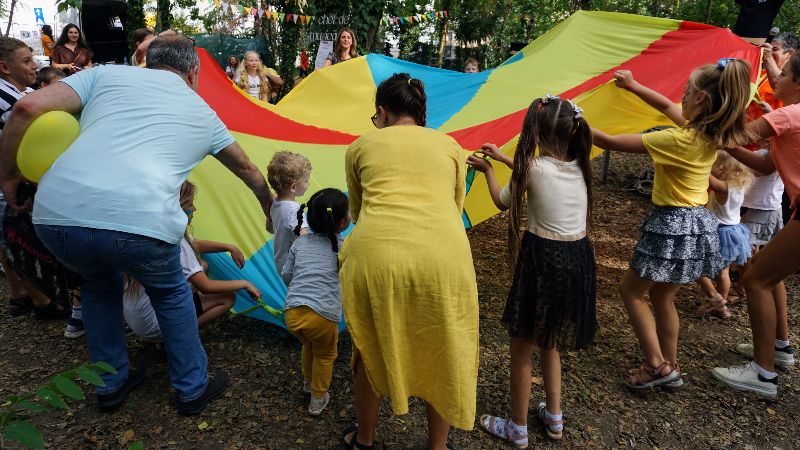 Building Goodwill Between Refugees and Romanians with Games and Stories

In the summer, in partnership with Terre des Hommes,  AMURTEL Romania’s NRC team led cooperative games and storytelling at an event in a park, bringing together children and parents from Romania and Ukraine.  This is to help build bonding and acceptance between Ukrainians and Romanians. Such initiatives are designed to prevent the build-up of resentment and tension that often happen when there is a big influx of refugees into a host community. 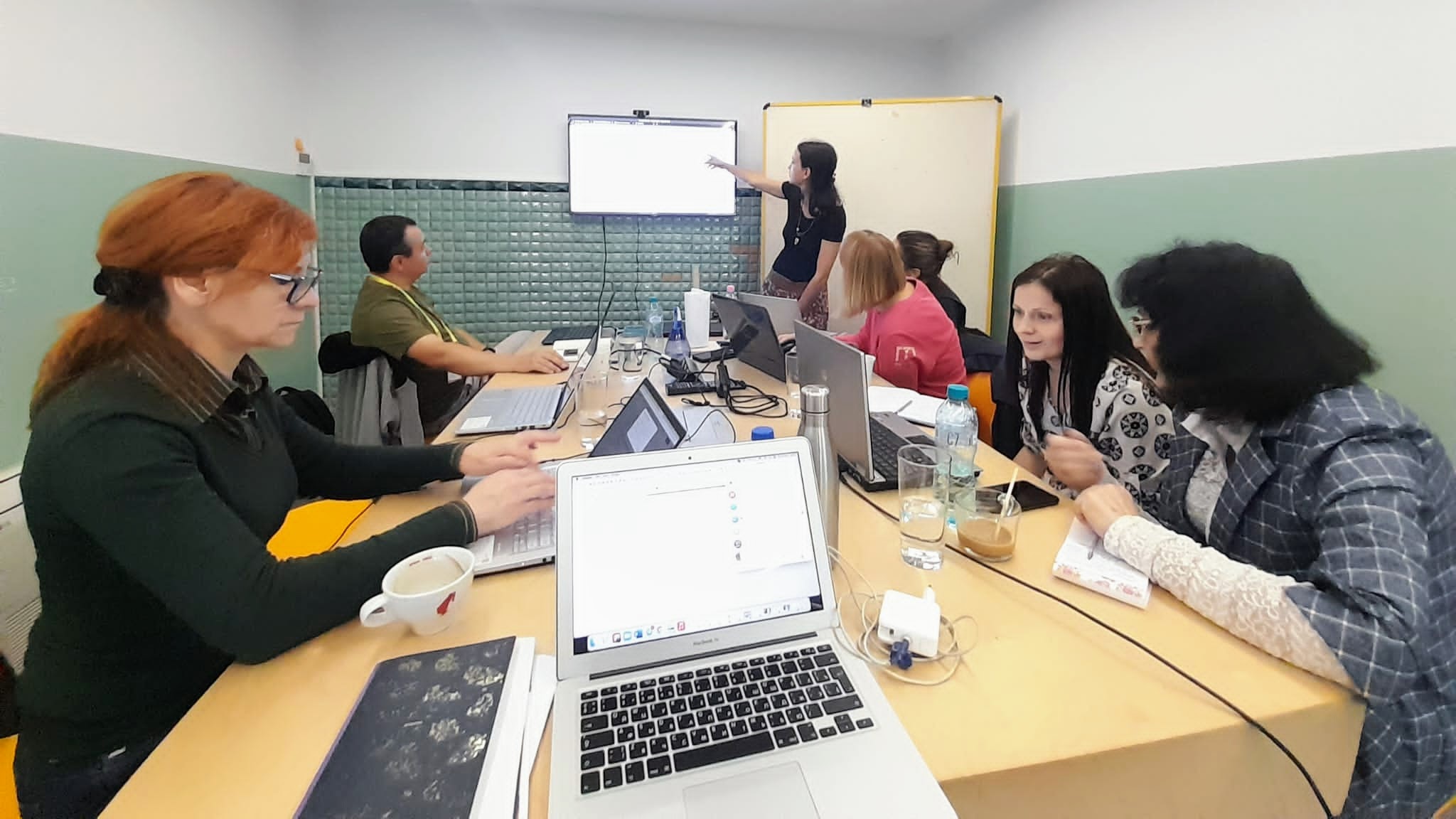 In Bucharest, our mobile team is also very active. The team is almost entirely made up of Ukrainian refugees that we have hired. They are supporting refugees in getting smoother access to a wide variety of services.  The entire team has already reached about 10,984 people with good quality, verified information via telegram groups, and individually supported about 60 people in the past month in getting their needs for education, medical care, etc, met.

The team also gives important feedback to service providers and authorities on how to improve the services to better meet the actual needs of the refugees, according to their own experiences and their grassroots networking when doing outreach. 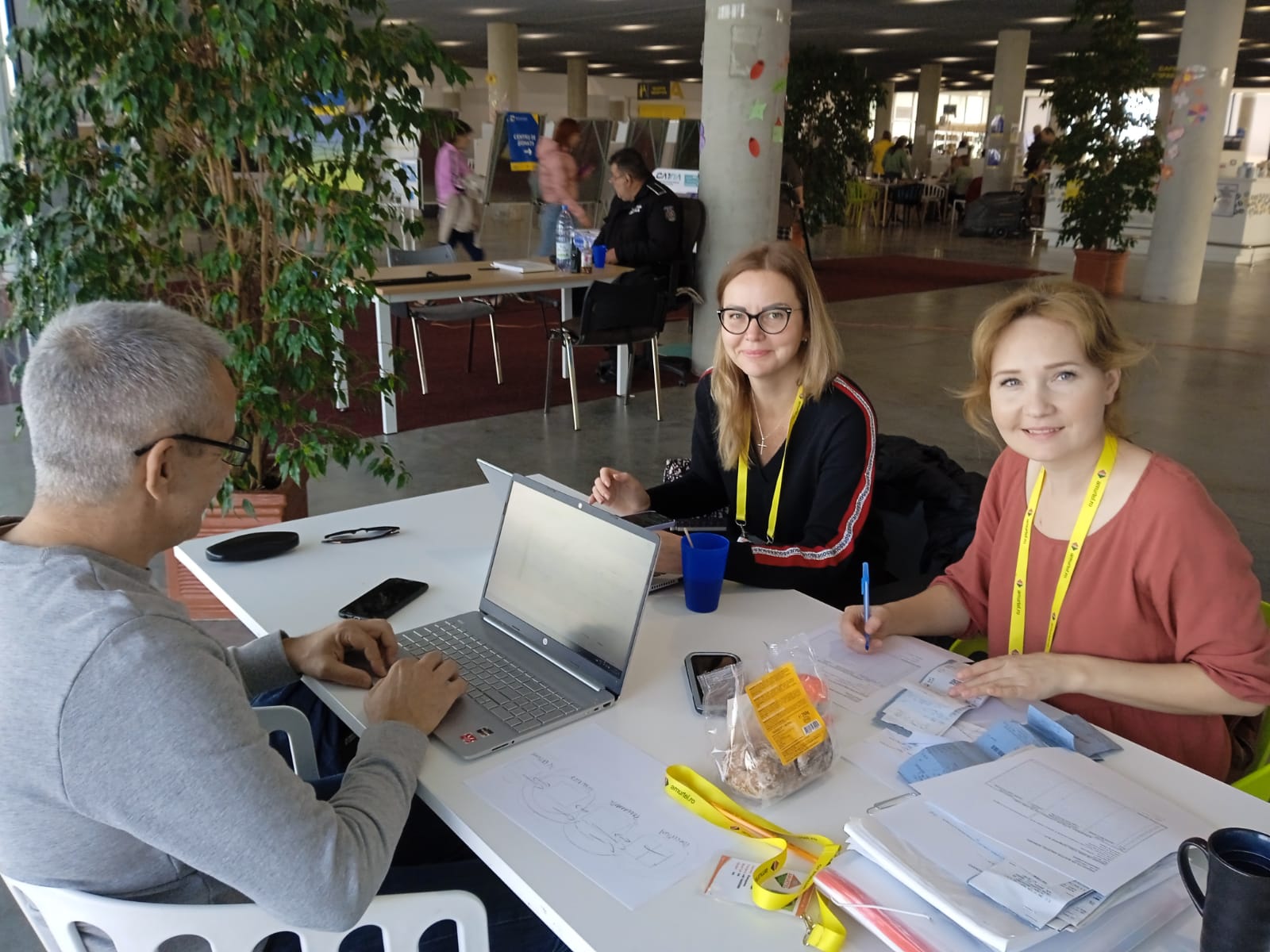 In the beautiful mountain resort town of Brasov, we have a large team of 10 workers and volunteers supporting the local government there in running their biggest refugee center “CATTIA”.  Brasov already has a shining reputation in the refugee community for the hospitality and cordiality they receive there.  CATTIA offers free shelter and food to 30-50 people a day.  In addition,  hundreds of people are accessing the center every month as it also provides distribution of humanitarian goods, a kindergarten, and access to other services provided by bigger NGOs like UNHCR and Red Cross. 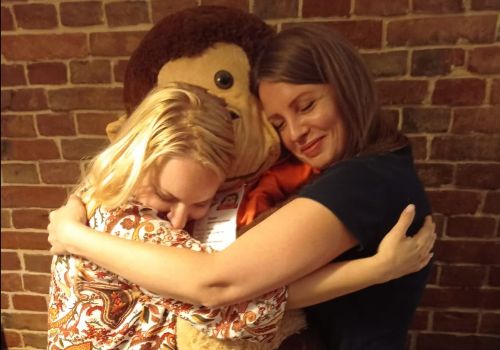 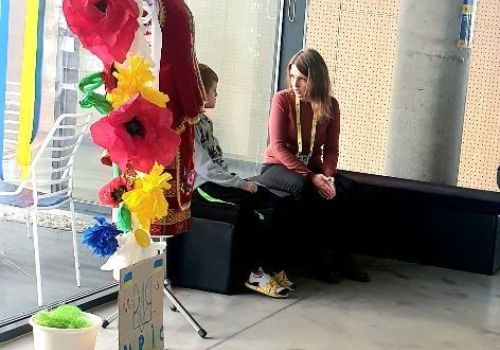 A Kind Listening Ear at CATTIA

Thanks to CARE France and our colleagues from SERA and FONPC in Romania,  AMURTEL has been able to provide the CATTIA center in Brasov the warm, listening ear of Kateryna.  She is also a Ukrainian refugee, with an exceptional gift for empathy and good communication.  She went to one of Melinda’s trainings in Ukraine and bonded there with her and with Oscar.  She helps support those that are in crisis, and organises stress-reducing, fun workshops for children with arts and crafts, and sessions on sensitive communication and conflict resolution for the volunteers and other workers at CATTIA. 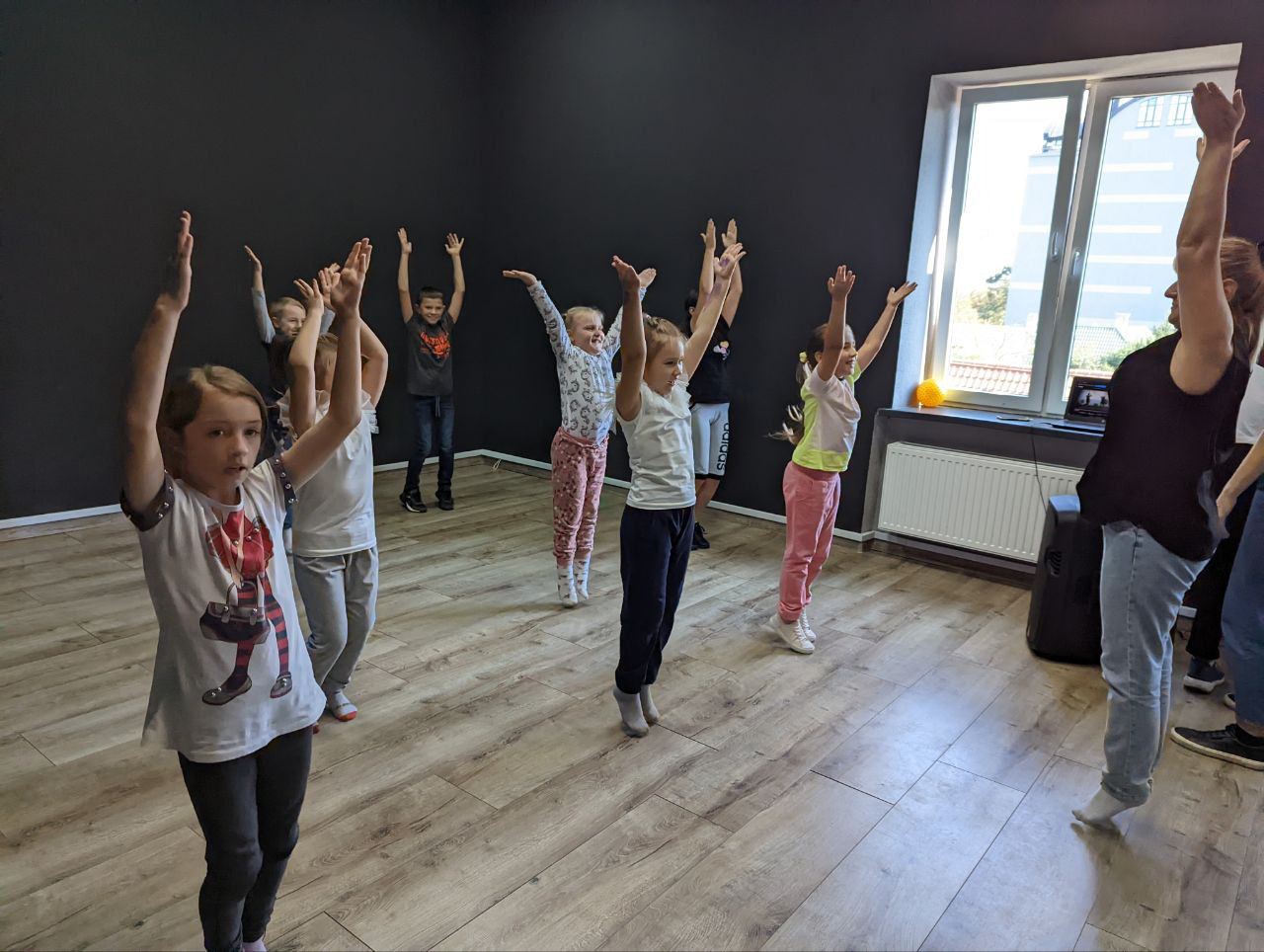 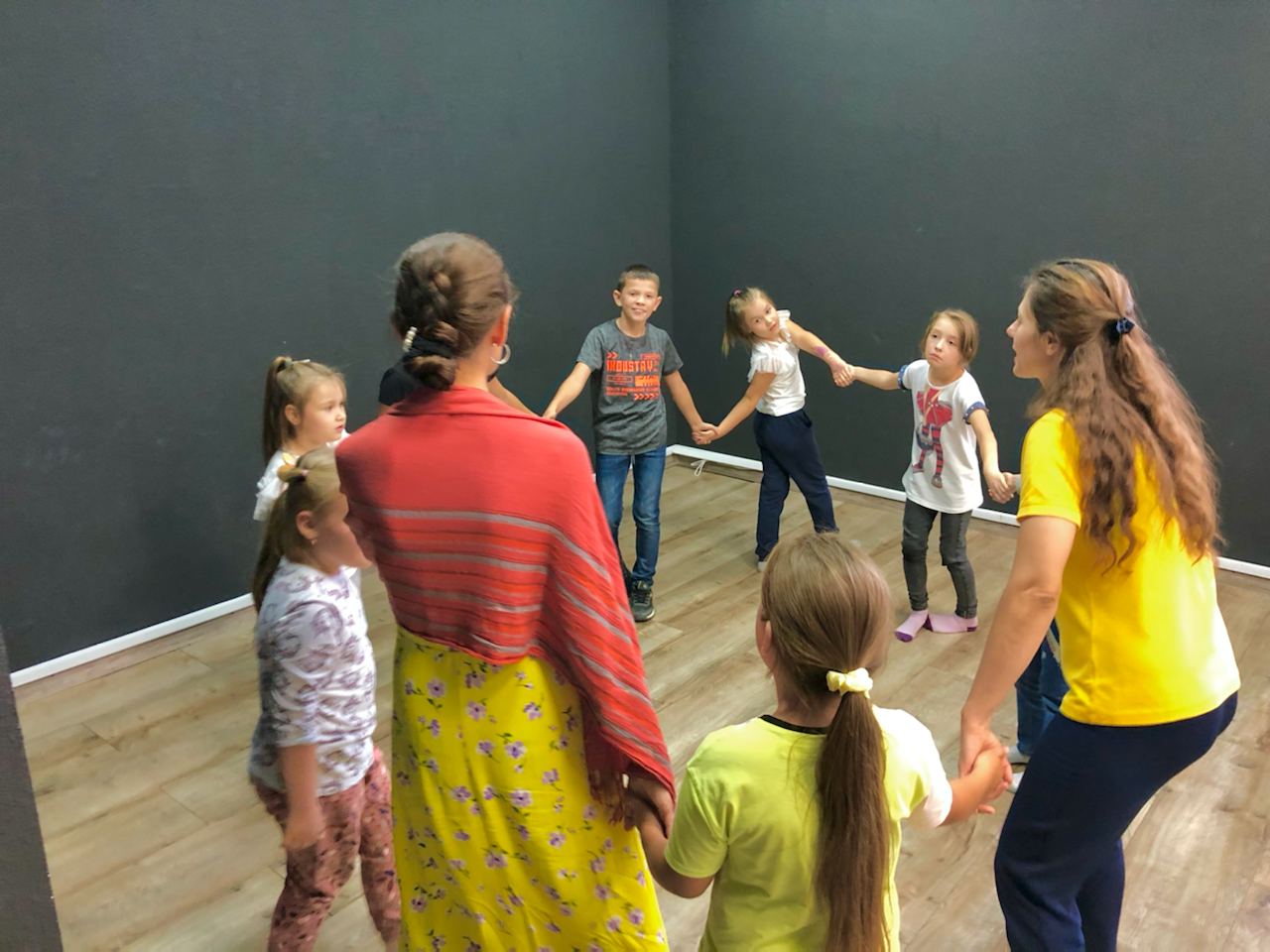 Moments of Joy for 135 Displaced Children in Ukraine

Thanks to funds raised by AMURTEL USA, we also supported a small, new Ukrainian NGO called “Charity Fund Nowkolo UA” to write and implement its first project which served 135 displaced children – bringing light and joy to them in a dark time.  I trained them in using techniques of yoga for children, understanding trauma and how to release stress, and use of therapeutic stories and other creative forms of expression.

The project involved 8 volunteers and 4 specialists for 9 sessions of activities, including clay modeling, drawing, active games, therapeutic cinema and giving gifts and sweets.  Congratulations to Tanmaya and Arani for their leadership and success! 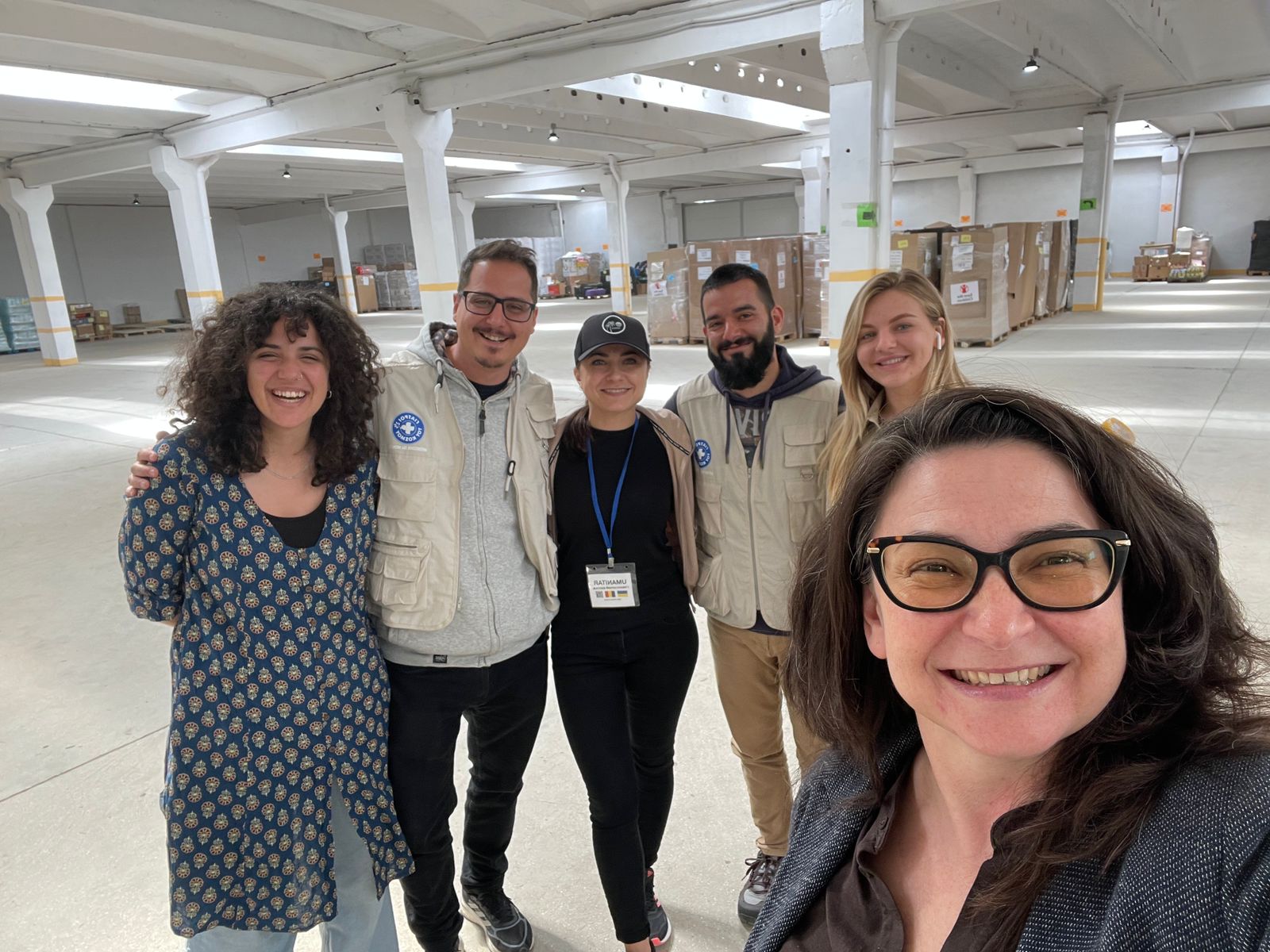 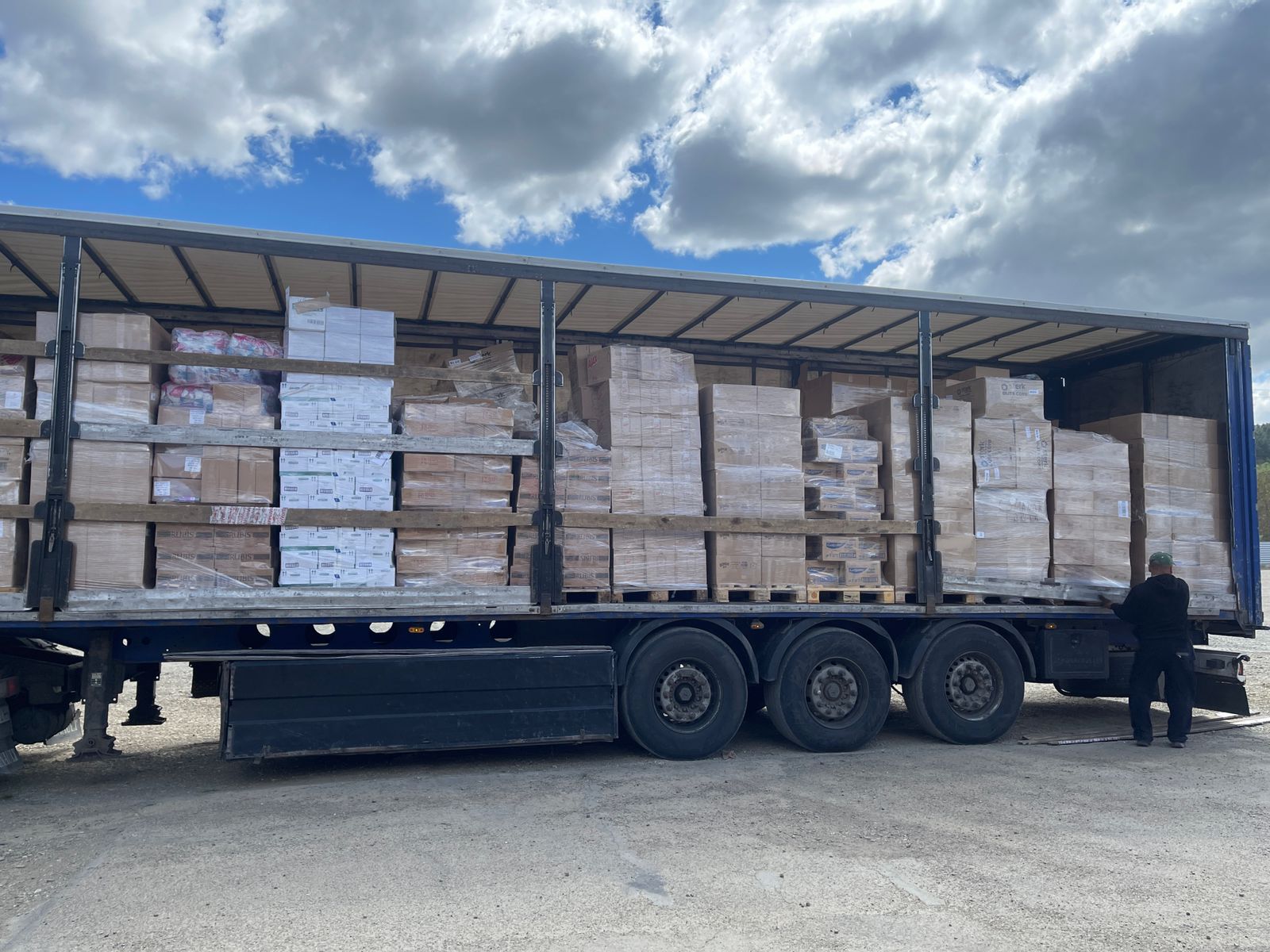 Help Ukraine Romania started right when the war broke out,  as an informal group of women volunteers began organizing all of the logistics for transporting humanitarian shipments into villages in Ukraine. Soon they were running a big warehouse and coordinating massive deliveries of goods.  “AMURTEL was priceless and appeared in a perfect time and needed form – by paying for the lunches and accommodation of our volunteers and covering some basic expenses for the warehouse.”  That critical support ensured the safe delivery of more than 1500 tons of goods into Ukrainian villages. 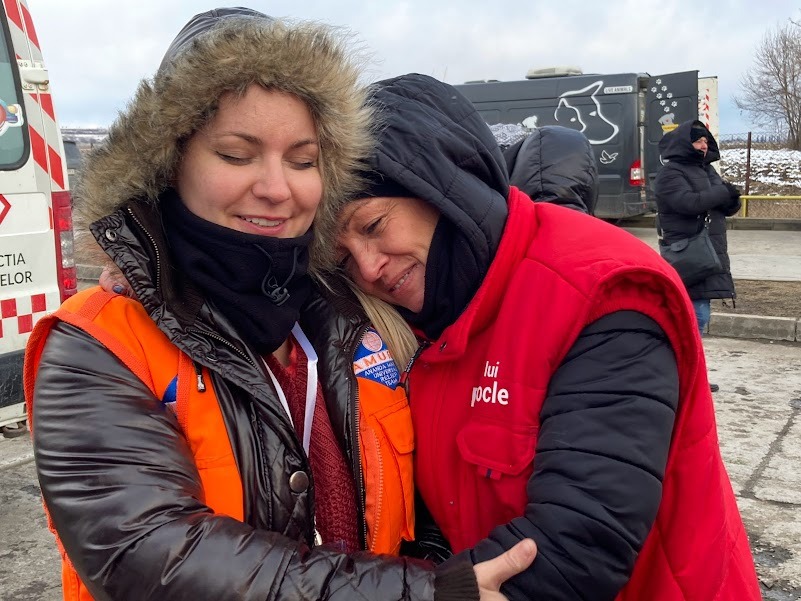 I Need Your Help to Keep Melinda’s Work Going!

The funds that supporters like you sent at the beginning of the war have nearly dried up, having been used to fill in so many gaps in the grants and to sustain Melinda’s work in Ukraine when funds from Americares ran out.

Melinda has 4 more big trainings in universities lined up to be able to pass on her skills and keep strengthening and empowering local Ukrainian psychologists and psychiatrists to be better equipped to respond to the great demands caused by the war.

I need your help to continue her work there.  We are short by about 6000 euros until December.  By Baba’s Grace and your support, I hope all of her plans will be able to happen! It has taken months to build partnerships with the universities and hospitals.

Thank you so much!

Your support is invaluable.  I hope that you will be inspired to see Ukrainian psychologists empowered and strengthened as your support allows Melinda to keep training them! You will be reaching so many people, easing their suffering.

Yours in Baba’s Grace,
Didi A. Devapriya 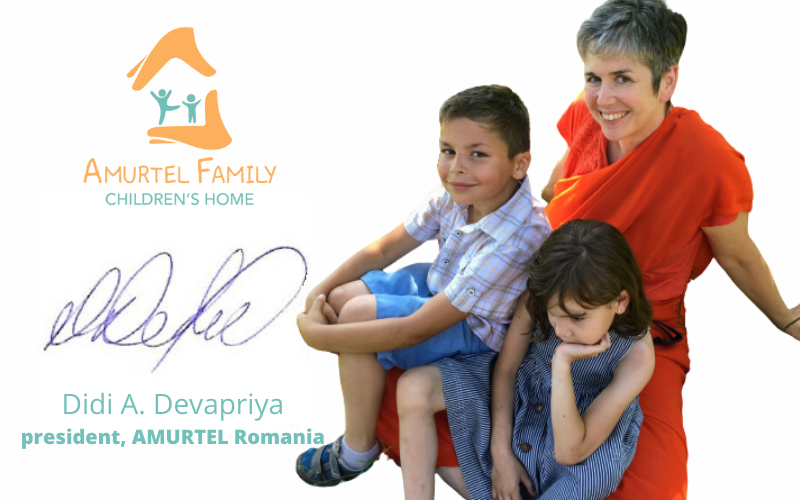 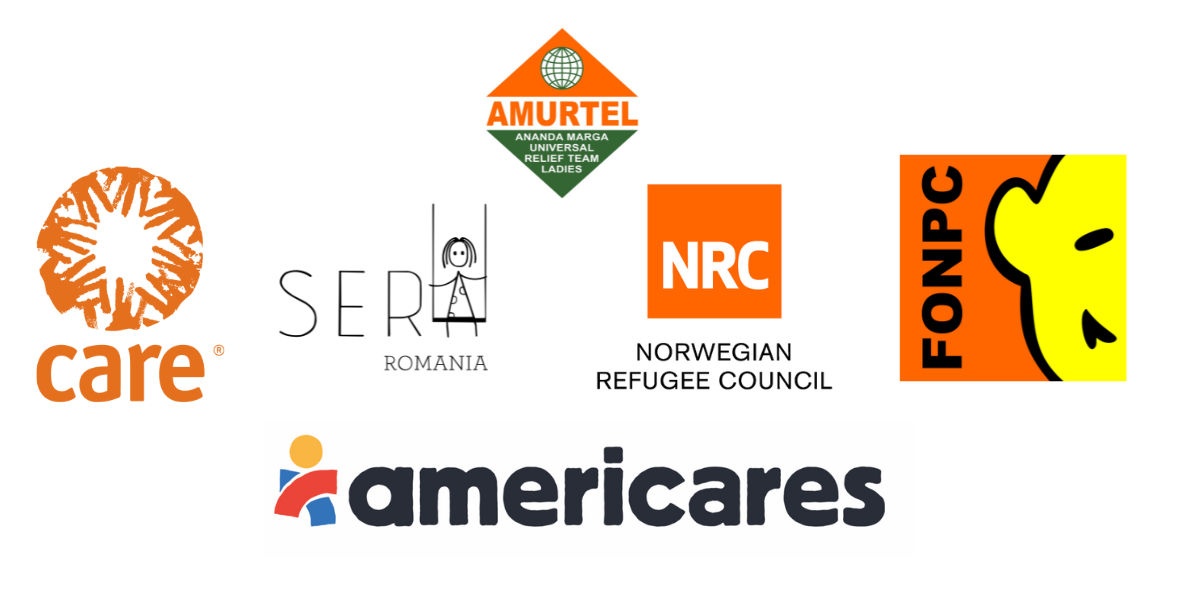